At the Celia Lobo Academy of Voice (CLAV) we strive to treat each other with unconditional love, respect and honesty, making a difference in the world through the music we believe in, being interconnected with each other and the Universe! Our Mission and Goals are to build confidence in students, develop self-expression, treat fellow students with kindness, and perform to the best of their individual ability!

At CLAV we provide students the basic tools to succeed not just in their musical studies but throughout their lives, creating a program of learning. We as an organization focus on holistically educating the student, with a structured and progressive curriculum that is designed to work on the student’s intellectual, artistic, professional, and individual abilities. We are committed to the education of the student and settle for nothing less! Our faculty and locations around the San Francisco Bay Area and the World, makes it convenient for students to attend our classes no matter where they are. ​​

We believe that when a student really believes and visualizes where they want to be – Sky is the Limit!

Healthy Vocal Technique to sing ALL genres of music

Holistic Education preparing you for life

Structured and Progressive Curriculum to steer you in the right direction

Learn to Sing, Act, and Dance

Opportunities to Perform, Mentor, and Teach and be a part of the CLAV Family

WHAT WE STAND FOR

Teaching students the values, and principles, and molding them holistically

Collaborating with other organizations to create the best artistic, and holistic experience for students

Being supportive, kind, and loving to all students no matter what their abilities, and level of performance be

Providing opportunities for those that are less fortunate, and letting them soar just like the rest

The CLAV Experience to be FUN! 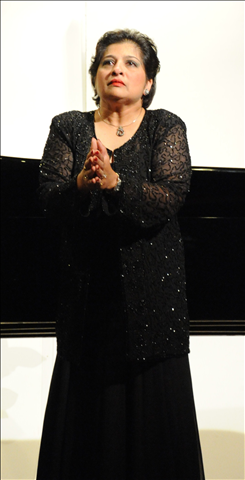 A native of India, coming from an artistic background, Deirdre began her musical training under her mother, CELIA LOBO, well known opera singer, theatre director, and voice teacher in India.

In 1996, Deirdre was invited to sing in Sangat an Indian International Music Festival held in Bombay, sponsored by the Mehli Mehta Foundation, and chaired by Zubin Mehta. In the San Francisco Bay Area, Deirdre has performed frequently in recital with the Rossmoor Concert Series, Noontime Concerts, Santa Rosa Concert Series, and the Community Music Center Concert Series. In 2009, Deirdre did a solo concert tour in India with concerts in Delhi, Mumbai and Pune.  In Feb 2013, she was invited to do a solo recital at the Monte Music Festival, Goa, INDIA. In May 2014, Ms. Lobo sang a solo recital program of mostly Pop, Broadway, Classical, and Crossover repertoire, to a packed audience and standing ovations. Deirdre attended the APAP conference 2018 in New York and performed a Showcase Recital for agents and presenters.  Most recently, Deirdre did a solo concert with the Symphony Orchestra of India Chamber Orchestra on April 26, 2018 at the National Centre for the Performing Arts, Mumbai, INDIA.

Deirdre has been teaching voice since 1988 and teaches students vocal technique enabling them to sing the following genres of vocal music with ease and efficiency: Pop, Jazz, Rap, Broadway, Western Classical, Indian Classical – Hindustani / Carnatic. This kind of technique transcends to even speech and drama students. In 2015 Deirdre founded CLAV to carry on the musical legacy of Deirdre’s mother CELIA LOBO. Thanks to technology, Ms. Lobo teaches students online regularly through the Online Voice Studio serving students in Germany, Hong Kong, Dubai, the UK, and India. CLAV ONLINE VOICE STUDIO offers group, and 1-on-1 sessions as well as workshops. Many of CLAVs students have gone on to make careers in singing, dance and acting. Some of them have gone on to perform on Broadway, and some in Hollywood, Disney, and Bollywood. CLAV is proud of all its students and their accomplishments. The Online Voice Studio works with singers, actors, voice over artists, call center professionals, executives to better the way they sing, speak or present themselves.

Another big part of Deirdre’s teaching career is doing voice workshops worldwide for high school, college, and university choirs, dancers, voice teachers, actors, and singers. Deirdre regularly conducts voice workshops for singers and teachers, not just in the US but worldwide.

Deirdre served as Drama Director at Our Lady of Mercy School (OLM), Daly City, California (2006-2011) where she worked with students ages 7–16 years, at the time when her son was at the school. During those years, she directed Musical Reviews that she envisioned such as DOWN BROADWAY, FROM RAGS TO RICHES, and CASCADES II among others.  Additionally, Ms. Lobo also started a drama club where students worked on drama technique, and stage movement, and presented scenes and straight theatre plays. When Ms. Lobo’s son graduated from OLM, so did Deirdre! In 2017, Deirdre was re-hired as Drama Director at Our Lady of Mercy School (OLM) where she has once again started the Drama Club for grades 3-8 which presents a straight play, and a musical every year. Additionally, Deirdre teaches Drama at St. James School, San Francisco.

In 2014, Deirdre was hired as Vocal Director for JESUS CHRIST SUPERSTAR in India, where she worked with 45 singers and actors mostly on Skype, and then in person 3 weeks prior to opening of the production. She had the honor of working with India’s leading theatre director and actor, the late Alyque Padamsee 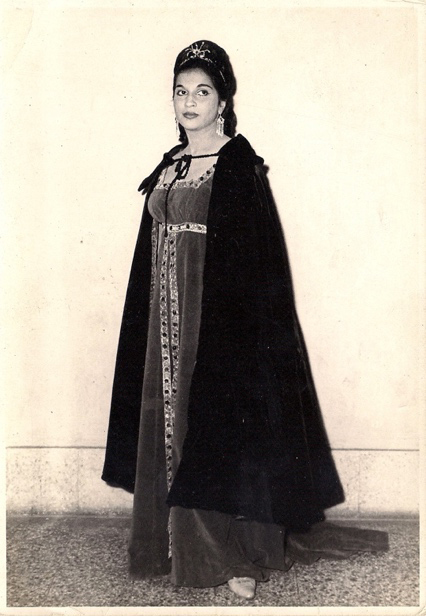 Celia Lobo as she is known to many, was born to Edwin and Emma Baptista of Mumbai, India. Both parents were music lovers. She is the second of five children. She grew up in an extremely musical family, with her father Edwin being a very gifted baritone and pianist, holding a degree from the Trinity College of Music, London, and her aunt Muriel Ribeiro a fine soprano. Her other two aunts Ella Gonsalves played the violin, and Ida Fernandes the piano. Celia and her sisters were musical as well. Celia’s training began with her first stage appearance at 16 years in Geisha (1953). In 1956, despite the early death of her father, and limited financial resources, and upon graduating from Sophia College, Celia left for London at the age of 19 years. Celia managed to get a part-time course at the Guildhall School of Music and Drama where she studied with her voice teacher, Sumner Austin. After five years of training there, she returned to India and married her longtime partner in crime, Trevor Lobo.

On returning to India, Lobo’s Opera career took off. At that time the Bombay Madrigal Singers Organization (BMSO) staged operas in Bombay. Celia played the leading lady in the following operas: Lucia di Lammermoor (1965); La Traviata (1962); Norma (1965); Rigoletto (1967); Tosca (1968); and in later years, two One Act operas Bastien und Bastienne and La Serva Padrona. Due to the heavy costs of doing these productions and lack of funding, the BMSO disbanded in 1970. That is when Celia began her solo operatic recital career with her fabulous accompanist, Tehmie Gazdar.

In the 1980s, Celia along with Leon D’Souza put together a musical called Cascades which kick started her career as a director. More plays followed including They’re Playing Our Song, and Best of Broadway. Here is when she started her teaching career and trained many stars including Ella Castellino-Attai, Farid Curim, Shiamak Davar, Sunidhi Chauhan, Neethi Mohan, Shweta Shetty, Sunita Rao, Francois Castellino, Darren Das, Sachin Tendulkar (speech), to name a few.